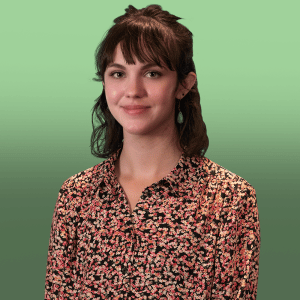 SALEM — Pac/West Lobby Group is pleased to welcome Whitley Sullivan back to its government affairs team as the Director of Housing and Rural Development. Sullivan has spent the past two legislative sessions as chief of staff for Rep. Bobby Levy, learning how state government operates and helping advocate for her rural district.

“We’re extremely fortunate to be adding Whitley to our team heading into the 2023 session. She has gained valuable experience in how to advance legislation and build strong relationships,” Pac/West Lobby Group President Ryan Tribbett. “Pac/West believes in bringing voices from Eastern Oregon to the capitol, and Whitley has a talent for building bridges and solving problems. She truly believes in finding win-win solutions that encourage collaboration instead of competition.”

Sullivan grew up in Pendleton, Oregon, and her family works in the manufactured housing industry. She has a bachelor’s degree in Politics and Philosophy from Willamette University and is a member of the Eastern Oregon Women’s Coalition.

“Rural communities and organizations are greatly impacted by decisions at the state capitol, but often lack the time to fully advocate for themselves. What they don’t need are more voices from the valley telling them what they need,” Sullivan said. “This is especially evident in housing and in the aftermath of natural disasters like wildfire and floods. I fully believe in the power of collaboration and planning for the future in a way that doesn’t compromise the values of rural communities.”

Sullivan is an avid skier, backpacker, a self-taught cook and a part-time vintner. She spends 99% of her free time outdoors, either exploring the mountains, working on her ‘92 Cherokee XJ, maintaining her family’s vineyard, or hitting tennis balls for her rescue pup, Finn.