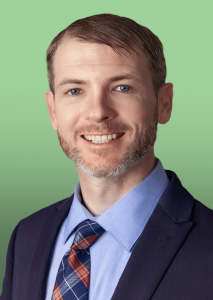 “Henry has the ability to fine-tune the language of legislative concepts and amendments, matching client needs and expectations with the style guide and necessary specificity of Legislative Counsel. This is a tremendous asset that will provide clarity and certainty earlier in the process as we’re able to build a coalition of support around vote-ready bill language,” said Ryan Tribbett, president of Pac/West Lobby Group. “Instead of waiting through the time-consuming Legislative Counsel bill-drafting process, we will be able to draft and work from near-final versions and begin engaging with legislators much sooner.”

While earning a bachelor’s degree from Eastern Oregon University, O’Keeffe interned for U.S. Rep. Greg Walden. After college he was a legislative assistant for State Sen. Larry George, and did research for the Oregon Watershed Enhancement Board. He earned his J.D. from Lewis & Clark Law School, later serving as a legislative aide for the American Civil Liberties Union of Washington State. He most recently spent nearly 8 years as general counsel for the Greater Oregon Behavioral Health, Inc.

“My passion is taking a broad idea of how a law could improve a service or a process or a community and writing the bill in a way that ensures the intent meets the final product,” said O’Keeffe. “There’s a specific language of legislation and I’m well-versed in the styles and structure of the law in Oregon.”